Carolyn K, in her Black Mink

The last time I saw Carolyn Kizer, we'd been invited to a college in New Jersey, Seton Hall, to read together. They sent a car service, and the driver in the black Lincoln picked me up first then drove to Carolyn's hotel; she emerged from the front door,  assisted by the doorman, in a knee length black mink coat. Her hair, done that afternoon, shone in a silvery-gold orb around her face, so that approaching the car, while the driver leapt out to open the door for her, she looked like a full moon just risen over some soft black mountain. She was beautiful, her skin aglow, and as she settled into her seat and we very happily greeted each other, she allowed me to see all at once so much of her. That quick barbed wit. The way she carried herself with a certain grandeur that remained somehow charming instead of offputting. I think this was because of a third quality, the vulnerability she was not afraid to show as well; the grande dame and the aging woman who required help to get from the curb to the limo without a fall were very much of a piece,  both lit by a wonderful sense of humor.  She leaned toward the driver, confidentially, and asked if he minded if she smoked. She'd clearly won the man over completely on her way into the back seat; he said, Of course, not, ma'am, without the least hesitation, and she cracked the window and lit some long white cigarette.

We'd known each other a little for a long time. I was, for a few days, her student, at a writers conference at UC Santa Cruz in 1978, and since then we'd gotten to know each other better when I'd hosted her at some school or another where I was teaching. A drink in a hotel bar, or a university conference center, short but comradely exchanges, the fun of hanging out with a congenial spirt. But out evening in the car, that was something else. I knew and she knew she wasn't well; the way she walked so tentatively was worrisome, and indeed in a a few months she'd have ankle surgery,  and never quite be her visible self in the world after that. Then the empty spaces of Alzheimers would appear where that garrulous lively mind had flamed and leapt. It was the right time to talk; we were alone, more or less, for our hour of transit,  all dressed up, and in the front seat our silent witness clearly approved of the experience. Talk we did. I don't really remember any of the specifics now,  just that it was a funny, frank, sometimes gossipy conversation, though if we dissed anyone it wasn't any more than we dissed ourselves, and we talked admiringly of mutual poet friends, too.

But I do remember one indelible moment, one that for me is probably going to be the first thing I think of when I hear Carolyn's name. She was turning to flick her ashes out the limo window when she say the exit for Paterson. Oh, she said, something passing visibly over her face, in the way a memory can physically pull one toward the past, her voice deepening ti something between a growl and a sigh. Dr. Williams. I wanted to take off my clothes and lie down in front of him. 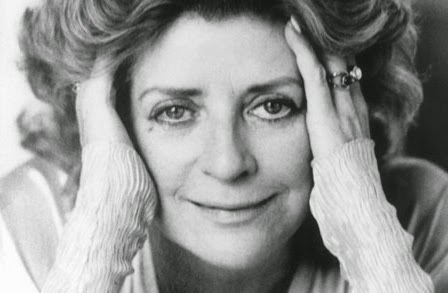 Carolyn Kizer, brilliant and irreverent feminist, formalist, and advocate for poetry, won the Pulitzer Prize for poetry in 1985. She founded Poetry Northwest, published a dozen volumes of poems, directed the Literature Program at the NEA, and famously disrupted what was then a very white and male tradition of Chancellors of the Academy of American Poets, a group that is not wonderfully diverse in terms of gender, ethnicity and aesthetics. She died on October 9 at the age of 89.
Posted by Mark Doty at 2:01 PM

I remember those days with Caorlyn vividly. Thanks, Mark for your remembrance. I remember helping Carolyn out as an escort at the 2001 AWP in New Orleans. It was held at the decaying Ramamda Inn on Rampart Street. She did fall the first night, getting into a cab. The rest of the conference she needed a wheel chair to get to events. I was one of her "drivers." She always even in the chair remained elegant and a Grande Dame. There was no stopping her.

When I learned of Carolyn's death and shared the sad news with my wife, Karen Lee Clarke, among other moments we recalled the evening in Albuquerque in the early 1980s when Carolyn met Karen Lee and they learned they shared the same birthplace: Spokane, Washington. Carolyn began her reading by acknowledging that fact before reading "Running Away from Home," her comic tribute to the place. I read the poem to Karen Lee the night we recalled Carolyn's immense love of life, and through that poem we said a mutual goodbye to our beloved friend.