Still Life with a Hundred Crucifixions 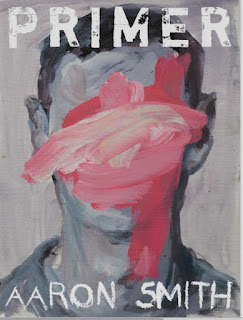 Aaron Smith's new collection, PRIMER, is due from Pitt on October 5 of this year. Here's a dead-on comment from Tracy K. Smith about Aaron's work: "Aaron Smith is an expert at locating the spaces within spaces. ...he zeroes in on the places where doubt and possibility collide and unsettle our beliefs. (His poems) are graceful, full of humility and hard fact, and they aren’t afraid... Tracy actually went on to write that his poems weren't afraid to laugh, but I've ended her quote there because the poem I'm publishing here (its first appearance, I'm proud to say) is a fearless one indeed, charged by a dark and wounded beauty.


Still Life with a Hundred Crucifixions

I never talked to men
after sex, just got dressed

and left, but he asked me to stay,
naked like that on the bed—

even after we’d gotten off,
toweled off—so I stayed,

though I was afraid to see him
as a person: his face tired

in the lamplight, suddenly older
than his on-line pic. He pulled

a book from the shelf: Jesus
on every page, rendered in oil

from other centuries, hungry
and sad, scrawny and hammered

to different-sized crosses, or thrown—
full color—in a tomb.

What is that shade of blue? Look
at the detail in the hands.

He took my hand, placed it
on each slick image:

Time for a fresh take

It's easy to see that this blog's been languishing a while. I've been thinking about why that's the case. It's a form I enjoyed while I was posting frequently here, but not posting often easily leads, most of the time, to posting even less often. But it's not just that. What I've liked about this form is the spontaneity of it, of recording a quick idea or impression, perhaps something that will later find its way into longer or more developed pieces. And there was a kind of fun in keeping a kind of public journal. For one thing, just because the entries were public I'd polish them more than there'd be reason to do if I were writing in a private notebook. And then there was the chance of commentary and conversation, which felt stimulating.

But as I've been engaged for some time now in writing a new prose book, one that's finally moving toward conclusion (what a relief, the end in sight!), time for the more idle, less goal-oriented practice of blogging has been squeezed out. My daily line-up of things to get done already seemed already at odds with the rather patient focus I needed to work on What is the Grass: My Life with Walt Whitman.(I keep changing that subtitle, and while this one's the most accurate a description of the book before, I'm not in love with it. I wish the book could go out into the world without one, but I doubt that's going to happen.)

And that opportunity for conversation I mentioned above became an issue, too. Poets often say, and genuinely mean, that their work is solitary and that they long for company, and that the poem is completed when it's given to someone, the arc of its making coming to rest in the imagination of the reader. But it's also true that the period of privacy in which a poem (or essay or story or memoir) gestates is a necessary stage. The work's distance from the readers we hope will someday come to it allows a piece to deepen, develop and change. I suppose one might write a blog post and keep it a long time, considering, revising, but the form lives under the sign of spontaneity. And once a piece has been posted, I feel less inclined to keep working on it; the writing is already hardening, becoming more fixed into place as it's read and commented upon.

Blog readers do talk back. This is often wonderful, sometimes just interesting, and occasionally quite uncomfortable. If I write a dismissive description of, say, the boardwalk at Atlantic City in a poem or essay, there's a lag-time before anyone will read it; by the time it appears in print, I'll have lived with that passage awhile, and if I keep it then I'm prepared to stand behind it, and don't feel the vulernability I might should it have appeared on screens in the homes of interested people the day after I wrote it. The imagination doesn't really like to be accountable  A friend tells the story of going to give a talk at a college in a town she found dismal. She described the desolate view from her motel room; when she went to give her talk the next morning, the professor who had invited her rose to give the introduction and quoted her post. My friend was mortified. You can see immediately why such an experience might lead one to blog less frequently. Creativity is blocked by the sort of tension that comes from anticipating judgement.That's how a negative review can become a monstrous presencesuch at our desks; hurt once, we anticipate a blow coming again. Who can write freely if we're worrying about who might take umbrage to what we say? It's an appropriate, ethical practice to think through your work once you've actually done it and consider the moral weight of your words, or who might be hurt by them, and whether you want to stand by your statements. But trying to anticipate such things as you're writing simply ties you up in knot of self-consciousness. I'd guess that's one of the reasons why blogs often begin in pleasure as open-ended, random, inclusive notebooks, then seem to slow and diminish over time. It's easy to  begin to feel watched, or uncomfortably hemmed-in.

I don't want to abandon the form; it's too much fun.  But I have had to conserve writing energy and time for other things, and I do value the space between composition and publication. So here's what I've decided: I will still make the occasional essayistic post here about this and that. But I'm mostly going to use this space to present work by others, things I love or that merit attention. That's a lovely thing to be able to do, and it satisfies my curatorial impulse, and allows me to be an advocate and cheer for what I like.

So I'm starting with a compelling poem from a book that will be out soon. Next post, please!