Proof there is hope for us all 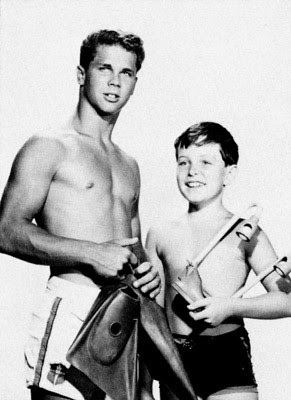 'Leave It to Beaver' Actor to Show at the Louvre

By THE ASSOCIATED PRESS
Published: November 11, 2008

LOS ANGELES (AP) -- Eat your heart out, Eddie Haskell. Tony Dow, best known as the actor who portrayed The Beav's big brother, Wally, in the '50s TV series ''Leave It to Beaver,'' will have one of his abstract sculptures on display at the Louvre. Several sculptors from the Karen Lynne Gallery -- including Dow -- will have their works shown at the historic art museum in Paris as part of the Societe Nationale des Beaux-Arts exhibition.

''Having something shown at the Louvre is about as good as you can get,'' said Dow, who lives in Los Angeles, ''especially when it's a juried show like this where there's a panel of judges who pick the pieces to be in the exhibition. I'm a little humbled by the whole thing but grateful nonetheless.''

Dow, who has also worked as a director and visual effects producer on several TV shows, has been painting and sculpting since he was a teenager. The 63-year-old artist's sculpture that will be shown at the Louvre from Dec. 11 to Dec. 14 is titled ''Unknown Warrior,'' and is a bronze figure of a woman holding a shield.

''Of course, I'm really proud of 'Leave It to Beaver' and my directing career in television,'' said Dow. ''Those are great accomplishments. I'm really proud of them, but this is interesting because I don't think they know anything about that at the Louvre.''
Posted by Mark Doty at 6:57 AM

Wally is so hot.

I know. I named my first puppy Wally,
when I was about five -- pretty sure where I got the name!

That is rather splendid. Did you read Malcolm Gladwell's New Yorker piece about early genius v. late-blooming genius? He mentioned Picasso and Cezanne, among others, but not Tony Dow, who in his different spheres may fall into both categories!

That's hilarious. Thanks for the heads-up -- here in Los Angeles we often miss things like this!