The World is Bound with Secret Knots 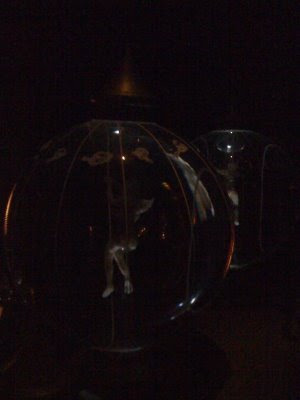 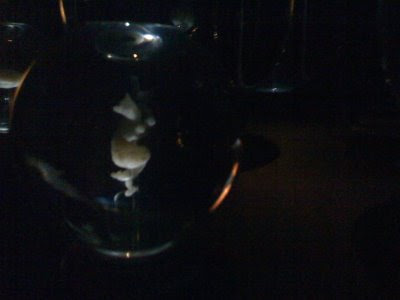 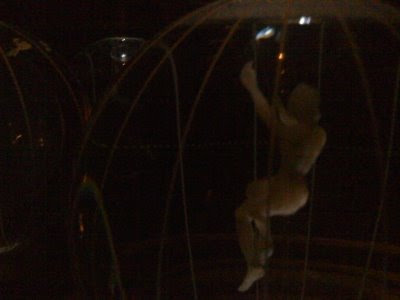 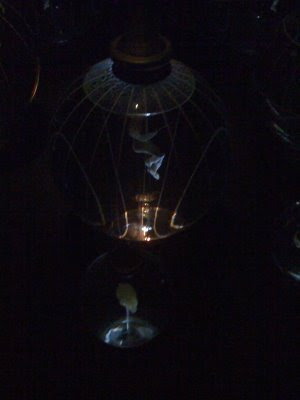 I went to downtown Culver City because I had a little extra time this afternoon and wasn't quite ready to go back to the hotel yet and get ready for tonight's reading. I thought I'd just walk around briefly and see what might present itself; I had no idea that I'd enter into a chamber of secret knowledge. I went down one block looking at shops, got to the corner thinking that was that, I'd turn back, and there across the street was the Museum of Jurassic Technology. I've heard about it, though I haven't read Lawrence Wechsler's book -- but I hadn't known where it was. Or really visualized it. Its combination of genuine mystery, parody and homage is unlike anything else; it is a splendid work of disorientation, and it partakes of shadowbox, theatrical lighting and sounds, the pleasures of science and optics, pseudoscience and sheer artful fakery, a whole spectrum of ways we might know the world outside of narrow, familiar pathways of cognition. I could write all day about it, and not get it right, though I'm sure I'll keep trying. Suffice for now to show you these mysterious photos; they were taken in deep darkness, so they're as elusive as their source: a model of a divination machine designed by the 17th century genius Athanasius Kircher. Inside glass jars etched with the zodiac, the winds, and who knows what else are wax figures who turn on their axes when magnets move. Kirshner made a sort of unified field theory; he thought that magnetism moved everything, and all the complex interactions of the universe were a dynamic push and pull of magnetic force. These haunting globes hold gods and angels and animals, turning to point out the weather or the movement of the stars or simply to enchant, in the deep darkness of their chamber, while bells ring and music chimes and somewhere a dog barks and a long-gone opera singer, who sang her final performance beside Iguazu Falls early in the twentieth century, accompanied by the dull roar of the great waters -- while her voice unspools in some antique recording of German lieder a few rooms away.

Athanasius Kircher, by the way, invented a clock powered by a sunflower.
Posted by Mark Doty at 5:13 PM

Whew. First thing that's made me want to make another visit to LA in a long time.

Didn't I say that wonders awaited you in Culver City? I love these photos.

I've been here in LA for over ten years and always heard about the museum. Thanks for the enticing post -- looks like a great Christmas vacation outing.